Blog - Latest News
You are here: Home1 / Attending a Wedding Reception as a Guest: A DJ’s Perspective

Attending a Wedding Reception as a Guest: A DJ’s Perspective

As a professional DJ with Music By Design, Ltd., my calendar is booked between now and the end of the year with wedding receptions.  Every weekend is different, fun and exciting.  I have the opportunity to play music customized to each couple’s taste, observe family traditions, and orchestrate the evening and deliver a memorable and enjoyable event for everyone involved.

Recently, I had the opportunity to attend a wedding as a member of the bridal party.  The couple was using a DJ who was working as an independent contractor for a large DJ company based in Naperville.  Clearly, the couple did not know the DJ was an independent contractor – most DJ ‘booking agents’ lie about that part.  Because of Music By Design’s attention to detail and commitment to stellar customer service, I was eager to see how this DJ would perform.  Needless to say, I was observing with a critical eye and ear.

The first thing that struck me was that the DJ was not prepared with the proper equipment to run the audio for the couples’ video montage, even though the couple had made arrangements for with DJ company in advance.  Fortunately, Music By Design’s office was not very far away and I drove to get the proper equipment.  Since the DJ was not accountable for the quality of service (he is an independent contractor), there was obviously a communication breakdown between the couple, the company (booking agent), and the actual DJ.

The next thing that I found unsettling was that he had the wrong bridal party introduction music cued up.  Luckily, I clarified with him moments before he was going to begin and had him change the song to the bride and groom’s selection.  In some cases, perhaps the introduction music is not a big deal, but in this instance the groom was a big Chicago White Sox fan and wanted the party to come out to ACDC’s “Thunderstruck.”  Any other song would have fallen short of his expectations for this big moment.

Next, there was an issue with the dinner music.  When a Music By Design DJ plays dinner music, we hand select songs based on the musical taste of the couple and their guests.  We remain at the DJ booth and actively select music to accommodate the bride and groom.  This DJ put on Michael Buble and let it play through – even allowing the songs to loop (play the same song over and over).  I am not knocking Michael Buble, I think he’s great, but I would have mixed it up with various artists.  To put music on “loop” is cheating the guests and the couple and leads people to wonder, “Why not just plug in an iPod?”.  When a couple is spending over $1,000 for a DJ, they deserve a DJ that is going to “actively DJ” the entire night.

Next, there was an issue with the first dances.  The bride and groom’s dance went smoothly as did the father-daughter dance, but when the DJ played the mother-son song, he began to replay the bride and groom’s song.  Not only was it embarrassing to have to stop the dance and have the groom walk to the DJ booth, but then the DJ did not have the custom song that the groom had requested.  As far as I am concerned, that is completely unacceptable.  How is it possible to not have the mother-son dance? That is what happens when independent contractors are invovled.

At this point, I wanted to try to let go, have a few cocktails and enjoy myself.  After all, it’s not often that I get to party and dance at a wedding.  So, the dance floor opened up around 9:15 p.m. and I put on my dancing shoes.  I was determined to have a good time no matter what and I did, but, I know for a fact that the bride and groom submitted a detailed list of must play songs and I was not hearing any of those songs.  What I was hearing was a very cookie cutter, run of the mill, been-there-done-that, stale list of traditional wedding reception songs.  Oh, we heard, “We are Family”, “Celebration”, “YMCA”, “Shout”… you probably know them just as well as I do.  Now, there’s nothing wrong with these songs.  I am not trying to sound like a pretentious music snob.  I am simply noting that this bride and groom requested specific songs and not many of them were played until the groom spoke with the DJ. All they got was the same cookie cutter wedding music as another couple got the weekend before that, and the weekend before that, and so on.   There was nothing unique about the music selections…even though the bride and groom were told they can choose their music.    Did people dance and have fun?  Yes, they did.  Did I hear people comment that the DJ wasn’t very good?  Yes, I did.

Bottom line: Always know what you are getting if you book a company using independent contractors. Also, learn how to identify a company that uses independent contractors (most of these DJ companies ‘booking agents’ try to hide it).  Chances are, they are accustomed to playing the same music week in and week out and will not go above and beyond in terms of customer service. 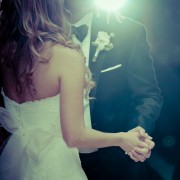 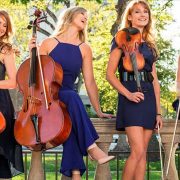 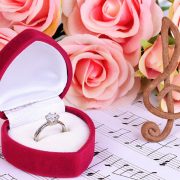 How to Help Wedding Guests Save Money on Hotel Rooms 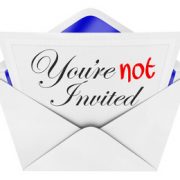 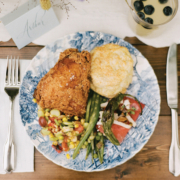 Take Care Of Your Vendors! Here’s How And Why!

What matters most? DJ Service or DJ Equipment?
0 replies