You are here: Home1 / Music

As a professional wedding DJ, if I had to pick one song that seems to be a crowd pleaser for guests of all ages and levels of dance skill, I would have to say it would be the song “Shout.”  Young kids, grandparents, teenagers, 30-somethings… you name it, all rub elbows together on the dance floor and throw their hands in the air in perfect synchronization as they hear “You know you make me want to SHOUT.”  Where did this popular song come from, you may ask?

The song was recorded by the Isley Brothers and was released in 1959, but was not originally intended as a single or expected to be a hit song.  The Isleys wrote this on the spur of the moment at a Washington, D.C. concert in mid-1959. As they performed Jackie Wilson’s “Lonely Teardrops,” Ronald Isley ad-libbed, “WELLLLLLLLLLL… you know you make me want to SHOUT”.  The Isley Brothers did not consider this a song at first.  It was just a “thing” they would do onstage that was similar to the types of songs they grew up singing in church.  This call-and-response style song drove audiences wild.  So much so, in fact, that RCA executive Howard Bloom suggested putting “Shout” out as their first RCA single.

The song appealed to a brand new audience when it was covered by the fictional band, Otis Day and the Knights, in the 1978 movie Animal House. Otis Day was played by DeWayne Jessie, an actor and younger brother of R&B singer Young Jessie who sang with The Flairs and the Coasters.  The vocals were actually recorded by artist Lloyd Williams, but the musical and visual performances were so unforgettable, that many moviegoers assumed that Otis Day and the Knights was a real group.  In fact, the “band” received so much recognition for this performance that they made the transition from fictional band, to real life band and continue to tour to this day.  “Even my siblings call me Otis,” says Jessie.

To view that classic scene from Animal House that brought new life to “Shout” and has helped make the song a fixture at weddings, birthdays, and college parties, click here. 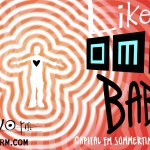 The following artists are included:

This violinist sets the world record.

We really like the creativity by DJ Earworm in his 2009 remix. The video and mixing are outstanding! 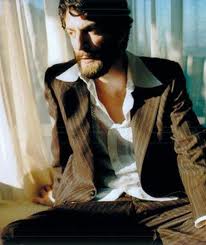 When planning your wedding you should have complete control over the genres and artists played during all three parts of your wedding reception: cocktail hour, dinner and dancing.  Traditionally, DJs will play classical and “Rat Pack” music during dinner and cocktails, which is fine, but don’t forget, the entire reception is an opportunity to showcase your musical tastes and interests. Couples today are including their favorite adult contemporary artists such as Coldplay, U2, Jack Johnson, and John Mayer in the dinner and cocktail must play lists.

Another artist that has become wildly popular due his recent hit “You Are the Best Thing,” is folk singer Ray LaMontagne. “You Are the Best Thing” can be used for dinner and cocktails as well as the bride and groom’s first dance or cake cutting song.  “With a voice that recalls a huskier, sandpaper version of “Van Morrison ”, LaMontagne’s song has an upbeat, jazzy sound that will appeal to every age group and has lyrics that lend themselves very well to a wedding.  “We’ve come a long way, baby / You know, I hope and I pray that you believe me / When I say this love will never fade away / Oh because / You are the best thing / Ever happened to me.”

The song can be found on LaMontagne’s 2008 album Gossip in the Grain, but is by no means the only song that can work at a wedding reception.  His debut album, Trouble, includes the title track “Trouble” as well as “Shelter” and “Forever My Friend”. His 2006 offering Till the Sun Turns Black, is still a great album, however it comes across a little darker and more melancholy – not what you are looking for at a wedding reception.

If you like Ray LaMontagne, be sure to also look into artists like Ryan Adams, Iron and Wine and Damien Rice for your cocktail hour and wedding reception dinner music.  Whatever music you listen to, remember this: your wedding reception should reflect your music tastes. Customize the evening to showcase the artists you like and your guests will leave your reception with a unique experience.

0 0 Chicago Wedding Blog https://chicagoweddingblog.com/wp-content/uploads/2014/03/Chicago-Wedding-Blog.png Chicago Wedding Blog2010-01-07 12:18:082010-01-07 12:18:08Ray LaMontagne
Having the right music at your reception is essential to setting the mood, and making sure people have fun. But how do you know whether to hire a wedding band or DJ? Here are the pros and cons of each.

Above all, do your homework. Your DJ or band will make or break your event.

The following requested songs are listed because they absolutely packed the dance floor this past weekend.
Check our music database for all your personal favorites.

4. Total Eclipse of The Heart – The Dan Band 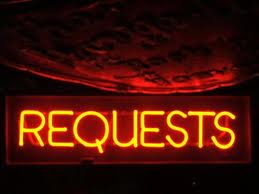 When it comes to planning your reception, everyone wants to give advice. We often find that family, friends, co-workers, and vendors are constantly telling our clients what to do and how to do it. At Music By Design, our philosophy regarding customer service is elementary, yet revolutionary; we actually listen to your needs and deliver them. By having complete control over song selection and reception planning, you and your guests will have more fun. Our dedication to customer service will give you peace-of-mind and increase the overall enjoyment of your reception.

That said, your DJ is responsible for handling incoming music requests from your guests.  Prior to your event, you will have filled out a detailed list of “Must Play” and “Do Not Play” songs as well as detailing the music genres that are most in tune with your taste.  Leading up to your event, your DJ will personally call you to get a clear understanding of what songs will be appropriate during your event and how you would like them handled.  Some couples are very open to taking requests. Some may say, “We only want you to take requests from the bridal party.”  Others still may tell the DJ not to take any requests whatsoever. Whatever the case may be, your DJ will use good judgment and will not play any song that is not consistent with your taste.

What’s more, your DJ will not want your guests bothering you during your event asking you to “make” the DJ play a song.  To stop this from happening, a good DJ will simply tell the guest, “I don’t have it” when a “Do Not Play” song is requested.  While some guests may find it hard to believe the DJ may not have the song “Celebration”, it is a quick and easy way to stop the situation from escalating.  Some guests may try to bribe the DJ with money to play a song.  Keep in mind; you hired your DJ to play the music you wanted to hear at your special event.  A professional DJ should NEVER be convinced to play a song that was on your “Do Not Play” list in exchange for money.

The bottom line is this: your DJ is there to serve you.  At Music By Design, our number one priority is to satisfy the needs of the bride and groom.

The bride and groom each gave us voice recordings and we spliced it throughout the song. They loved the final edit.