You are here: Home1 / justin bieber 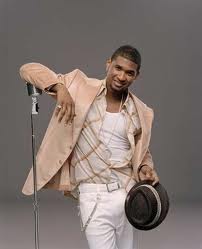 Usher’s career began at the age of 11 when he was part of the singing quintet, NuBeginnings. His time with the group was short-lived and by 13, Usher began pursuing a solo career. Like many aspiring pop stars of his day, he competed on Star Search where he garnered the attention of an A&R representative from LeFace Records. In a short matter of time, Usher was signed to the label and began working on his first album.

The first single he released was for the Poetic Justice soundtrack in 1993. The following year, at the age of 15, Usher released his debut, self-titled solo album with several tracks produced by Sean “P. Diddy” Combs. The album rose up the Billboard charts and sold over 500,000 copies.

From that point on, Usher continued to release addictive R&B albums, produced by mega-stars. His second album, My Way, was certified platinum six times and earned Usher his first Grammy award nomination. Around that time, Usher also launched a successful acting career appearing on the TV sitcom Moesha and in films such as The Faculty and She’s All That. 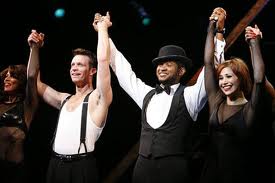 In addition to his impressive music career, Usher has also found success as a Broadway star (in 2006’s Chicago), a philanthropist (as the founder of Usher’s New Look Foundation for disadvantaged youth), a businessman (as part owner of the Cleveland Cavaliers), and an entrepreneur (as a fragrance designer). He also started his own record label, US Records, to sign rising young stars such as teen sensation, Justin Bieber.