Tag Archive for: wake up 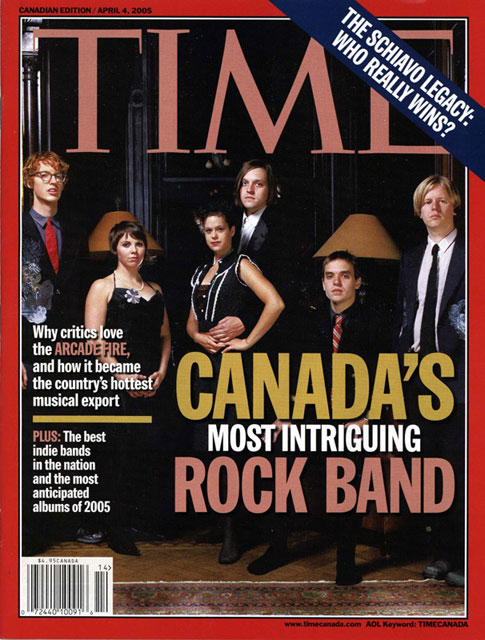 The band Arcade Fire was formed in 2003 in Montreal by the future husband and wife duo of Win Butler and Régine Chassagne, Win’s brother William Butler, Richard Reed Parry and Tim Kingsbury. Together with drummers Dane Mills and Brendan Reed, this line-up self-released an EP later that same year. The eponymous release (often referred to by fans as the Us Kids Know EP) was sold at early shows. After the band achieved fame, the EP was subsequently remastered and given a full release.

The promise shown by the band in its early live shows allowed it to land a record contract with the independent record label Merge Records before the end of its first year together.

When asked about the rumour that the band’s name refers to a fire in an arcade, Win Butler replied: “It’s not a rumour, it’s based on a story that someone told me. It’s not an actual event, but one that I took to be real. I would say that it’s probably something that the kid made up, but at the time I believed him.”

It seems criminal to pay $3.99 for a product this good. But that’s exactly what Arcade Fire offered with the release of their latest homerun, “The Suburbs.” The talented group of Canadians emerged from relative obscurity last year when their riotous hit, “Wake Up” became the soundtrack for the film version of Maurice Sendak’s childhood masterpiece, “Where the Wild Things Are.” Suddenly, at any given moment, hundreds of thousands of people were compelled to scream… “Oooooohhh… oohhhhhh ohhhh ohhhh ohhhhh ooohhhhh ooohhhhh ohhhhh ohhhhh ohhhhh…” and then ask, “Who sings this song?”

Yes, that is Arcade Fire, and they are back. “Wake Up” was actually four years old and a song from their original album, but it finally attained the recognition it deserved. These eclectic indie stars mesh a pensive, angry lyric with enough genuine rock out to make listeners weep and shout all the same. All the while, they are playing their part in bringing art rock to the mainstream. Their wide variety of instrumentation and experimental stylings produce one of most distinctly unique voices in the music scene today. And this is all before, “The Suburbs.”

Now, Arcade Fire is launched into the forefront of the American music scene, and their albums not just anticipated by fans of obscure indie bands, but even those who prefer mainstream rock. It’s only fitting that their diligence paid off with much deserved acclimation. They currently produce an album every two years, and not because they are lazy. They are dedicated to excellence from their church, which doubles as a studio, as Paste Magazine profiled.

“The Suburbs” offers more of the same brilliance. The band delves into complex issues of both the political and personal variety, but offered up in a “we’re all walking the same path” type of manner. This is voice of communal struggle and the shared pain of both life and art. It only fits that Arcade Fire would be so popular now; they aren’t telling us things anymore, they are talking with us. 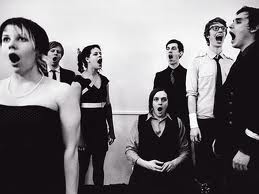 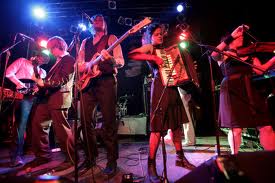