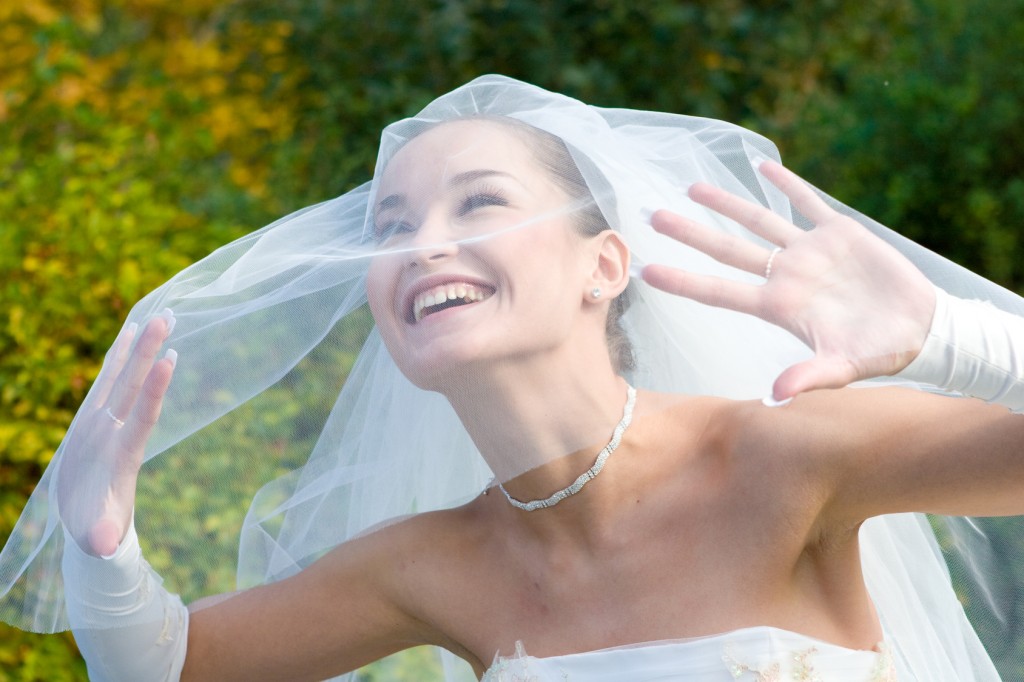 The adornment of a wedding veil is one of the oldest wedding traditions recorded. It dates back to the ancient Greeks and Romans. At that time, it was a widely held belief that brides were haunted by evil spirits and wicked demons. A shroud of veils was meant to protect the bride from the power of these supernatural beings. The Romans covered their brides from head to toe with red veils to ward off evil spirits. Because this limited the bride’s vision, another tradition was birthed: the bride would need to be guided down the aisle by someone else, typically her father.

Throughout history, the meaning and significance of the bridal veil evolved. In arranged marriages, brides wore veils to keep their faces hidden from their future spouse. The “unveiling” of the bride at the end of the wedding ceremony was the first time a man would lay his eyes on his wife. The big reveal didn’t happen until the ceremony was completed to prevent men from backing out of the arranged marriage before it was finalized.

Later, the wedding veil grew to represent a woman’s submission, obedience, and chastity. As the white wedding gown grew in popularity as a representation of purity, the color of wedding veils changed to white as well. The tradition of wearing a veil made of lace started in America with George Washington’s step-granddaughter, Nellie Curtis. She wore a lace veil in her 1799 wedding to Lawrence Lewis because he had once seen her face through lace curtains and told her how beautiful it made her look.