Rising R&B/hip-hop artist Bobby Ray Simmons, Jr. better known as B.o.B. bounced onto the music scene earlier this year. B.o.B. first signed onto a record label at the age of 17, but is finally reaching America’s iPods in 2010. His first single titled “Nothing on You” featuring Bruno Mars set the stage for his upcoming album release. “Nothing on You” begins with about 20 seconds of B.o.B’s smooth vocals with a hint of that whispery-sexy tone that reels the listener in, especially the women. Soon after, the hip-hop kicks in, and before you know it, you’ve got a #1 hit. It’s no wonder that the ladies find a particularly heightened interest in B.o.B. with lyrics like:

Beautiful girls all over the world

I could be chasing, but my time would be wasted

They got nothin’ on you baby.

Clearly, this is what every woman wants to hear. But B.o.B.’s musical intelligence and success does not stop there.

Released at the end of April 2010, his album titled B.o.B. Presents: The Adventures of Bobby Ray quickly topped the charts including the Billboard 200. B.o.B creates a mixture of R&B and hip-hop with a rock influence throughout this album. At a young age of 21, B.o.B.’s musical collaborations include songs on his first album with renowned artists such as Eminem and Lupe Fiasco. Not to mention he is signed on with T.I.’s record label Grand Hustle.

Airplanes, another single featuring Paramore’s Hayley Williams, has garnered much attention and increased his fan base. Airplanes can be heard on the trailer for the upcoming film Charlie St. Cloud starring heartthrob Zac Efron.

Critics compare B.o.B.’s musical stylings to artists like Kanye West. It’s that blending of beats and melodies with a catchy tune that gives B.O.B. mass appeal. 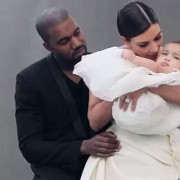